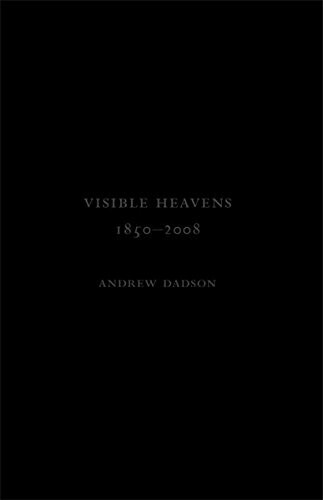 Vancouver artist Andrew Dadson has based his book around a star map from 1850. The original map was photocopied, and each subsequent copy was re-photocopied. The slow degradation of the image marks the cultural shift within our interpretation of the stars (constellation charts were called maps of the heavens but after 1975 they became known as maps of the sky) and each photocopy represents a year in the decline from "heaven to earth." From start to finish the map changes from an accurate vision of the stars above to an abstracted blackness depicting the new "heaven" in the year 2008.

Andrew Dadson (b. 1980) graduated from Emily Carr University of Art + Design in 2003 and currently lives and works in Vancouver. Dadson has exhibited widely in solo and group exhibitions. Most recently at 313 Art Project, Seoul (2020), Daniel Faria Gallery, Toronto (2020), Unit 17, Vancouver (2019), Contemporary Art Gallery (2017), Polygon Gallery, both Vancouver (2017), Galleria Franco Noero, Turin (2017) and as part of Parcours, Art Basel (2016). Dadson will be presenting a work in Frieze New York 2021 and is currently a finalist for the Artisti per Frescobaldi Art Prize 2020 held in Tuscany, Italy.

Save this product for later
Display prices in: CAD