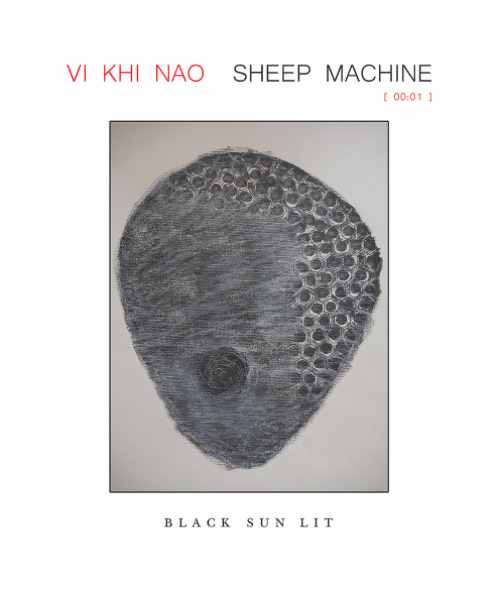 SHEEP MACHINE is a textual inscape, a poetically painted nonfictional pasture where mechanical violence and visceral fear coalesce into a kind of science prosody, a post-human panorama whose beauty lies in the ruins of reality it depicts. Influenced by Leslie Thornton's film of sheep feeding in a field as a conveyor belt of cable cars ascend and return from a mountain in the Swiss Alps, Vi Khi Nao takes perception into tumultuous terrains, into a pastoral-celestial void in which temporality is transcended, progress is a bourgeois invention, and god is a liability for our life spent in hunger and grazing. Vi Khi Nao's SHEEP MACHINE is grace said at the ontological last supper.

Vi Khi Nao was born in Long Khánh, Vietnam. She is the author of SHEEP MACHINE (Black Sun Lit, 2018), UMBILICAL HOSPITAL (1913 Press, 2017), A Brief Alphabet of Torture, which won FC2's Ronald Sukenick Innovative Fiction Prize in 2016, the novel Fish in Exile (Coffee House Press, 2016), and the poetry collection THE OLD PHILOSOPHER, which won the Nightboat Books Prize for Poetry in 2014. She holds an MFA in fiction from Brown University, where she received the John Hawkes and Feldman Prizes in fiction and the Kim Ann Arstark Memorial Award in poetry.

Save this product for later